Browse: Home / San Nicolas: “We had to bail out the Governor”

San Nicolas: “We had to bail out the Governor” 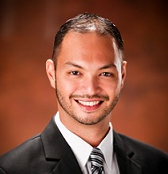 Who should take credit for the pay out of tax refunds? Who should be blamed for its delay? Or should anyone take credit at all? These questions loomed after the Governor made his special address on the day the second tranche of tax refunds was being prepared.

But Senator San Nicolas did not take this “taking credit” comment sitting down. In his e-mail to this paper, he said, “There should be no one taking credit for how long it has taken us to get tax refund payments out to our people. It takes our government six months while it takes the federal government and every state as little as 2 weeks.”

He further added that, “The Governor, since the start of the fiscal year, ignored Public Law 29-17 which legally required him to make deposits into the Income Tax Refund account. The failure to make those payments to the fund have resulted in much slower payments of tax refunds to our people this year. In the first quarter of FY2015 the law mandated that $26,953,010 be deposited into the fund by the Department of Administration. But only $14,164,047 has been deposited in that first quarter according to bank statements provided by the Department of Administration.”

“I had to withhold the nomination of Gov. Calvo’s nominee for Director of the Department of Administration in order to compel them to catch up on the deposits, which they did at the last minute. In that time, $27 million in tax refunds were paid out from March 12th through April 21st. Prior to that, only $3.1 million had been paid out from Jan. 1 through March 11th. In good faith, I moved the Director’s nomination forward after the deposits were caught up and refunds were getting paid faster.

“Almost immediately after the confirmation of the Director, the deposits into the refund account stalled again, again in violation of the law. Tax refunds ground to a halt, again for months, and no payment resource was available.

“Working with my colleagues in the Legislature, we lowered the Governor’s FY 2016 revenue projection by $37.1 million dollars. As a consequence, we had room to pay refunds with Section 30 money that is supposed to be used for FY 2016. Essentially we had to bailout the Governor by lowering next fiscal year’s budget so he could tap that revenue now to catch up. That Section 30 money, plus the ACTC reimbursements from the previous refunds we pushed out in May, are what enabled the Governor to pay refunds over the weekend, exactly how I asked him to in my letter dated August 27th,” Senator San Nicolas said.

On the Governor’s comment that “then senatorial hopeful” San Nicolas was among those who actively campaigned against his 2011 financial plan, to set the records straight, he said, “I was not even a candidate for Senator until May 2012. I am advocating that the Governor make the required payments into the Income Tax Refund account so that our people can get their tax refunds faster, without the need for borrowing or going into deficit spending.”

And is there truth to the Governor’s statement that his administration was able to pay “refunds without borrowing money,” for “three consecutive years now?” Senator San Nicolas says otherwise.

“The Governor has continued to borrow over the last few fiscal years. In this current fiscal year, he has a $65.1 million deficit and a deficit is borrowing in the form of overspending into next year. He has also had to issue tens of millions of dollars in tax credits in order to pay government obligations. Issuing a tax credit in lieu of payment is just another form of borrowing because this is revenue that we lose for future budgets. Tax credits also add unpredictability to our budgets because we have no control over their rate of remittance. Additionally, he has borrowed from our government vendors by not paying them on time, stretching payments to the breaking point where even the power is getting cut off from our education agencies. Vendors are owed tens of millions of dollars throughout the government. Not only is the Governor borrowing, he is doing it in the same way that has gotten us into financial trouble time and time again,” San Nicolas said.

And while majority may have already received their checks, it is not an end of the battle for San Nicolas, as he pledged “to work assertively with the Administration in the months ahead to make sure we pay out tax refunds even faster next year.”

But the netizens are not really happy, saying the refunds came at a very big price, and when the Governor leaves office, he is also leaving a very large bill for which the taxpayers have to pay.