Because of my faith in God, support from my family, opportunities afforded to me by publicly funded programs and fair treatment from the people of Guam, I was able to achieve the highest position of my profession. I believe that everyone has the potential to succeed and contribute to Guam’s success.

Senator Nerissa Bretania Underwood is a Doctor of Philosophy and her life story has revolved around an unseen force and yet the most powerful and mightiest in the universe. – And that is her Faith in GOD and her love of her family.

But before even becoming a PhD, Senator Nerrisa was simply Nerissa that had her own share of “ups and downs- stumble and fall” story, that made her what she is and who is she is right now.

Humble Beginnings
Senator Nerrisa was born in the Province of Iloilo, 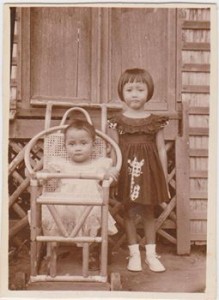 Philippines. Her family migrated to Guam when she was only 4 years old. Even as a child, she recalls her memories of the “Barrio” in Iloilo where her family has to go to the rice field to catch some “pantat” (catfish) and “puyo” for their meal and together with her siblings. They will enjoy every bit of the catch with their favorite “ginamos” (preserved anchovies in salt) on the side, and rice.

It was really a humble beginning for Dr. Nerrisa as she was raised by her mother who, like herself has been a school teacher and her father as a Contractor in the Navy (that paved the way for family’s migration to Guam. Here on Guam, her mother still made it a point to speak with her (and her siblings) in “Ilonggo” at home.

Life Didn’t Come Easy
Life did not come easy for Dr. Nerrisa. The truth is, it was really a struggle for her and maybe for anyone in the same situation as she goes through her life. She married early perhaps being young, her wisdom was really not composed yet to understand the dynamics of having a family and many of the married-life sacrifices that resulted to her failed marriage. At a young age, with little kids, Nerissa divorced her first husband.

Back in college, while she was taking up her Elementary and Special Education degree at the University of Guam, Dr. Nerrisa has already had 2 kids, and was pregnant with her 3rd child when she graduated.

Leaning to Her Family 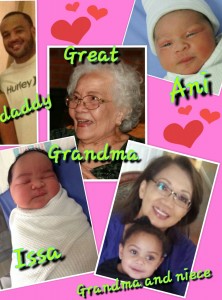 It was the most difficult years of Senator Nerissa’s life settling in the small community of Guam during the late 70’s where people were not yet so open about moral and cultural differences. She suddenly became the talk of the town by being a single parent to three Afro-American children.

At that time, her children were not so well accepted, most especially so coming from divorced parents. She leaned so much to her family of whom she has gotten most of her strength to face her everyday life challenges. 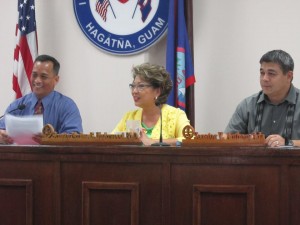 She was later on offered a full scholarship at the University of Oregon where she took her Masteral and Doctorate Degrees simultaneously. You read it right, SIMULTANEOUSLY. She never entertained the word “difficult” as her 3 small kids were with her while in the University. Soon enough, all her sacrifices both in personal life and in her studies paid off as she graduated from her doctorate degree.

The Homecoming
She went back to Guam after acquiring her title of Ph.D. For Senator Nerissa, Guam will always be home. Her family is here, and she is very grateful to the Chamorro people’s support to her through times.

Dr. Nerissa is one of the leading educators in Guam. She is known for her intellectual and spiritual ways in dealing with difficult issues in life. Her significant contributions are countless to the practice of education in Guam. She had dedicated her whole life in teaching and served as the Superintendent of Education where her expertise has been widely recognized in Guam for more than 30 years that earned her as the first and only Filipina who made it to the Department of Education’s top post.

Retirement Plan
In 2011, she retired as an excellent facilitator in the field of education. Just when you think that she is set to travel the world to enjoy the fruit of her labor; she became a freshman senator of the 33rd Guam legislature with the help of her husband, Dr. Robert Underwood who is currently the President of University of Guam.

“I believe that public service should be about providing opportunities for success. This means that services should be provided as needed, fairly and equitably. When individuals need assistance, we provide it not just because it is right, but because it makes us all stronger. We will be able to use the God given talent that we have and reach our potential. Extending that opportunity will strengthen our economy, our community and ultimately reduce crime, family violence and reliance on public assistance as people develop fulfilling lives.” 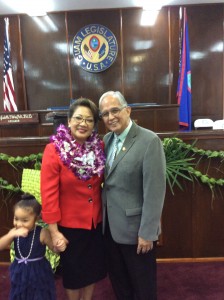 “My life has been shaped by the challenges of family life and participation in a new society as an outsider. But I received a helping hand and opportunities when it made the difference between independence and success or being dependent on others. My faith in God, family, public assistance and fair treatment by many on Guam made the difference for me and I want to pass that along to future generations.”

For someone like Senator Nerissa, life is all about choice, faith in GOD, and love of family. Even sometimes it seems she thought that life was unfair to her, she just thought of other people who have far more difficult situation than she has.

The most important thing is, Dr. Nerissa Bretania Underwood held on, made that choice to be happy and do what she does best with the guidance of God almighty and her family.