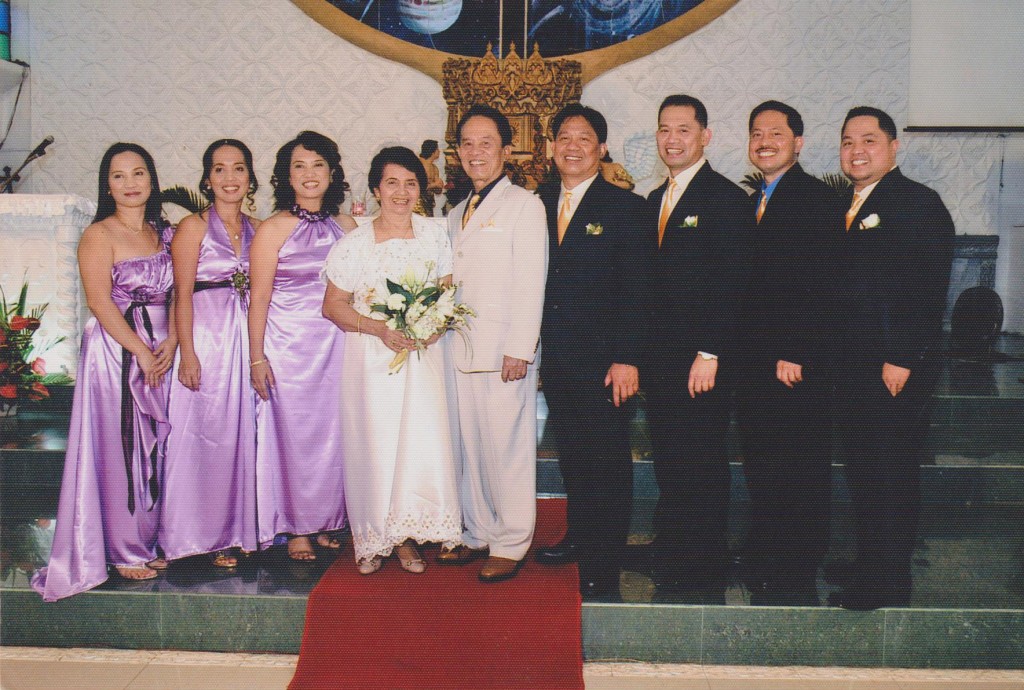 Fred and Nita with their children

Almost everyday, we see people’s achievements being trumpeted about, whether in the news or in social media. But even so, we learn of some whose works could easily surpass most, yet they chose to live quietly far from the limelight.

Wilfredo C. Magdalera is one of them. Though his name can be described as ordinary and may sound common to the ears of many, what this Man have had achieved so far is extra ordinary.-And he is 100% Pinoy!

Wilfredo or Fred is an auditor, accountant, journalist and an entrepreneur; and right now the current President/Chief Executive Officer of Western Pacific Insurance Sales and Marketing Group, Inc. here on Guam. Still very sharp at the age of 79, Fred is actively working and willing to go for another two or maybe ten (10) years if God permits before he retires.

The Secret of Being Ageless
Every man has their own secret of beauty regimen over the years. At almost 80 years, age can’t be denied as wrinkles are evident on the face of any man. Fred is different, as he is defying the course of nature about growing old or old age. Want to know his secret?—It’s Nita.

Behind Fred’s success and young looks is his wife, Nita. Not only that she is also young looking like Fred, she is also witty and street smart that makes Fred fall in love with her everyday. They have 7 children, all of whom are professionals. Two of them are in the United States mainland, one in Australia, and four are back home in the Philippines. Fred and Nita now have 21 grandchildren during their happiest times as a couple.

Fred and his family have been to other states like California and Washington D.C. , but they chose to move to Guam mainly because of its proximity to the Philippines. “It is just like home,” the couple said, plus, his young-looking wife Nita prefers Guam over the US mainland where life is more laidback. 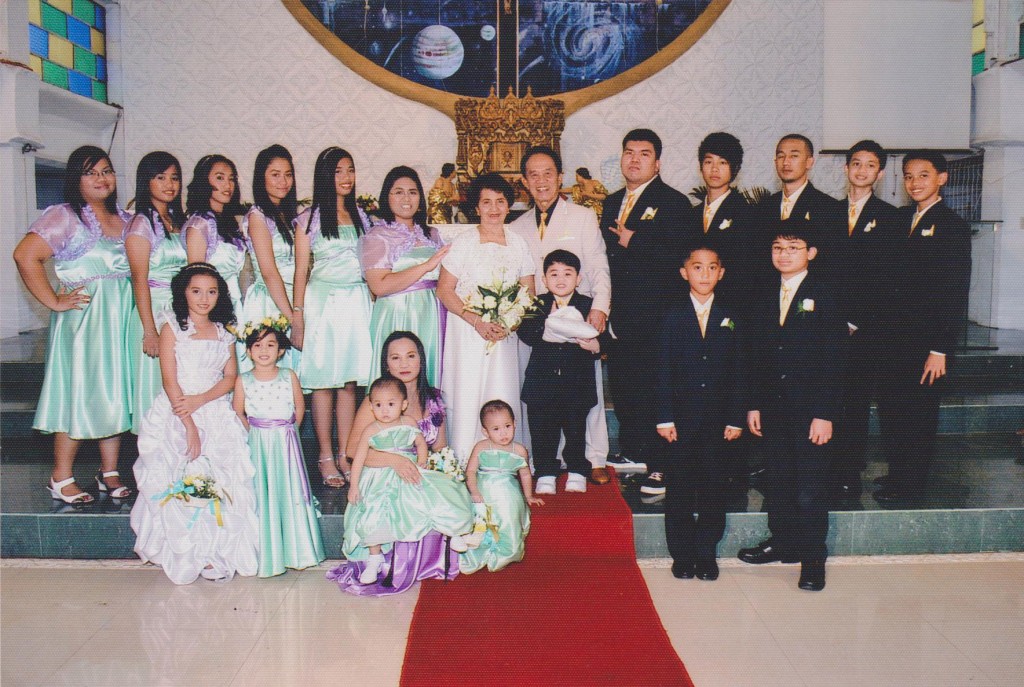 Fred and Nita with their grandchildren

In the Line of Fire
While Fred was still working with the U.S. Navy Public Works Center, Subic Bay, Philippines, in 1986, he was borrowed by the City of Olongapo to head the Public Utilities Department (PUD). It took the Commander, Naval Forces Philippines to approve his leave of absence due to its unusual nature. Teddy Macapagal was the Mayor of Olongapo City that time that also gave him full authority to reform the department.

At that time, PUD owed the National Power Corporation (NAPOCOR) over 90 million pesos for cost of electricity and he had to institute several concrete and innovative measures in the areas of purchasing of equipment and supplies, repairing/constructing, more power transmitter, distribution stations, reallocating of power grids, stricter supervision of ratepayer’s electrical meters, detailed/comprehensive, reviewing of meter reader’s reports, billing, and collection reports.

In less than three years of his stint, PUD began collecting over ten million kwh thereby reducing its debt to NAPOCOR to only less than 15 million pesos.

“A member of group who was affected by personnel reassignments and retrenchments, attempted to shoot me in my office” Fred said during our interview with him.

Fred had served the U.S. Government for 19 years as an Accountant at the Comptroller’s Office of the US Navy Public Works Center at Subic Bay, Philippines, before it was closed down on 1992. He and his family were granted a special immigrant visa for his remarkable performance in the service that brought them to the US in 1994.

Because of his record of sustained performance, Fred was able to meet the “exceptional circumstances” criteria that qualified him a special immigrant visa. He was given a citation os a Special Service Award of January 15, 1988 which reads, “During examination of the Negotiated telephone Service and Interconnection Agreement of November 1962 between the US Government and the Philippine Long Distance and Telephone Company (PLDT), Mr. Magdalera gathered sufficient documentary evidence to assert that the DOD in the Philippines is exempt from paying taxes valued at $150,000.00 annually under the US-RP Military bases Agreement of 1947 consistent with international law. Mr. Magdalera’s exemplary act and outstanding professional competence in dealing with the tax exemption issue and his specially exceptional efforts in bringing the tax question to its successful conclusion are beyond the call of duty.” Fred recalls that it took him several years to complete the audit. His audit report stirred controversy and has Washington DC. As a result, the US government ceased to pay 10% communications tax to the Philippines until the bases’ closure in 1992. Fred reiterated in his audit report that the US bases in the Philippines should have never paid for the communications tax as it is against the 1947 agreement, and as such the US government should be refunded (retroactive) of the taxes paid. He recalls that the US government did not pursue the tax refund, and just treated the several millions of dollars supposedly tax refund as a donation to the Philippine government.

So, what did he do when he and his family migrated to the US? Fred pursued what he loves doing. Selling insurance. Fred has been selling insurance even before he got employed at Subic Bay Naval Base. He has been a very successful insurance man working for topnotch insurance firms until he finally put up his own insurance sales company. Fred is so passionate about the industry and really believes on its potentials that he wants his children to take over the business once he retires.

It might be a cliché to many, but honesty, integrity for being a “fighting maroon” or “iskolar ng bayan,” it came out naturally for someone like Fred as he continues his journey on his remaining years towards his well-lived life and legacy.

Mabuhay ka Mang Fred! You have shown so much of everything with life’s value.
Galing ng Pinoy!