For this part of our Tiyan series, we would want to present to you the historical timeline of the Tiyan Campus purchase as concisely as we can.

2008-early 2009: GSA puts out an Invitation for Bid for the “Lease and maintenance for the interim facilities JFK High School and its collateral equipment.” Deadline for submission was February 20, 2009.

January 1, 2009: Bill No. 1 (LS) is introduced by Speaker Judith Won Pat. This would become PL (Public Law) 30-37 which would allow tax credits to pay for rent and collateral equipment for the interim JFK campus.

June 25, 2009: Legislature passes Bill No. 1 – An act to authorize tax credits to the lessors of the temporary location of the John F. Kennedy (JFK) High School. Eleven senators voted in favor of the bill, three were absent, and the only one who voted against it was the late Senator Ben Pangelinan.

June 25, 2009: Dr. Michael Cruz signs Bill No. 1 into law as PL 30-37. Note that this law does not mention “purchase” of property. It merely allowed the use of tax credits for lease payments and purchase of collateral equipment (tables, chairs, and other school furnishings). The October 2015 report of the Office of Public Accountability states that a total of $44-M tax credit was authorized under this law, of which close to $32-M was already claimed by Core Tech or its assigns. The law however clearly appropriated $8,438,000 for the purpose – $3,944,000 for JFK’s collateral equipment and $4,494,000 for lease payment. How the tax credit reached $44-M is not clear. GEDA was tasked to administer this project’s tax credit program. Note also that the lease agreement was signed earlier than the Public Law that would facilitate its funding.

June 2, 2011: Governor Eddie Baza Calvo cancels the lease citing lack of funds– this was narrated by the late Senator Ben Pangelinan on his article “Lessons from Tiyan” on June 20, 2013 (benpen.com).

August 2011: JFK moves out of Tiyan Campus along with its collateral equipment. This left Tiyan empty.

September 15, 2011: Public Law 31-76 is enacted into law. This law was requested by the governor himself. Among others, it amended certain provisions of PL 30-37 to allow the use of Tiyan campus for interim school facilities other than JFK and for it to be used also by GovGuam agencies as offices.

September 22, 2011: According to the late Sen. Pangelinan, in the same article, “the governor flip flopped and rescinded his notice to terminate the contract.”

We wrote (FOIA) the Governor’s office for the documents (cancellation and rescission of notice to terminate) but they claim not to have them. See letters below. 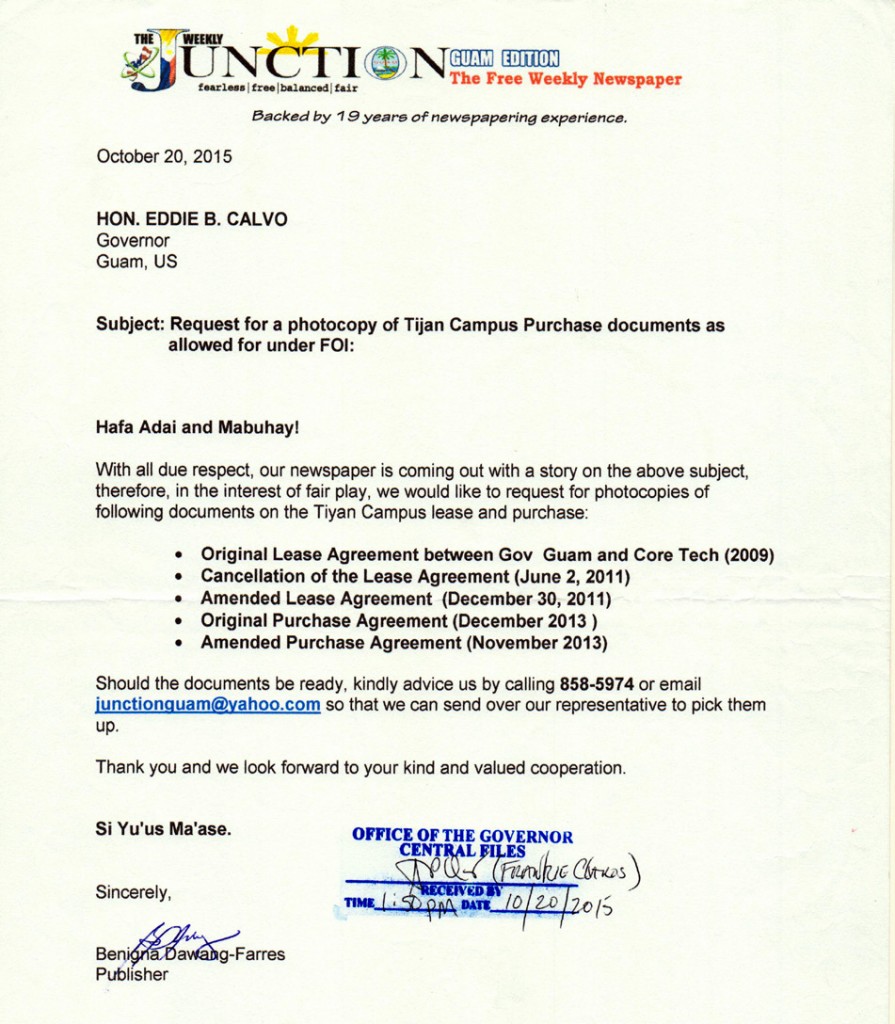 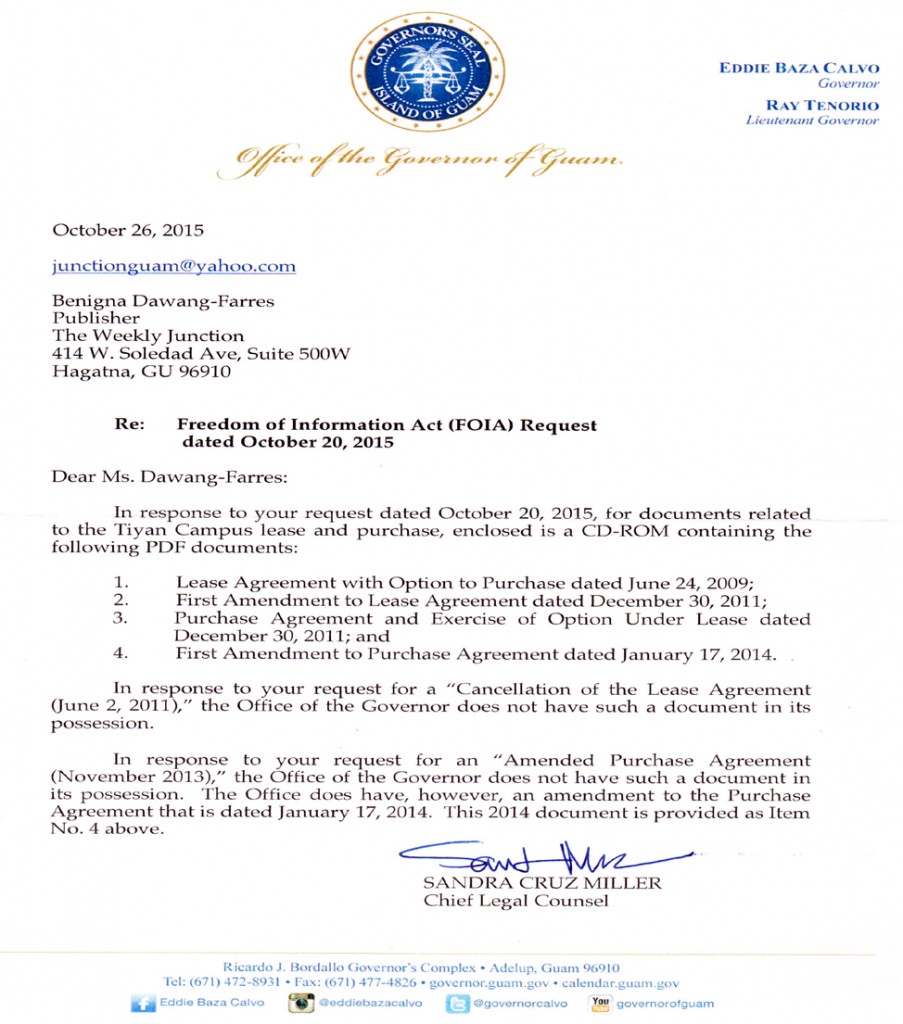 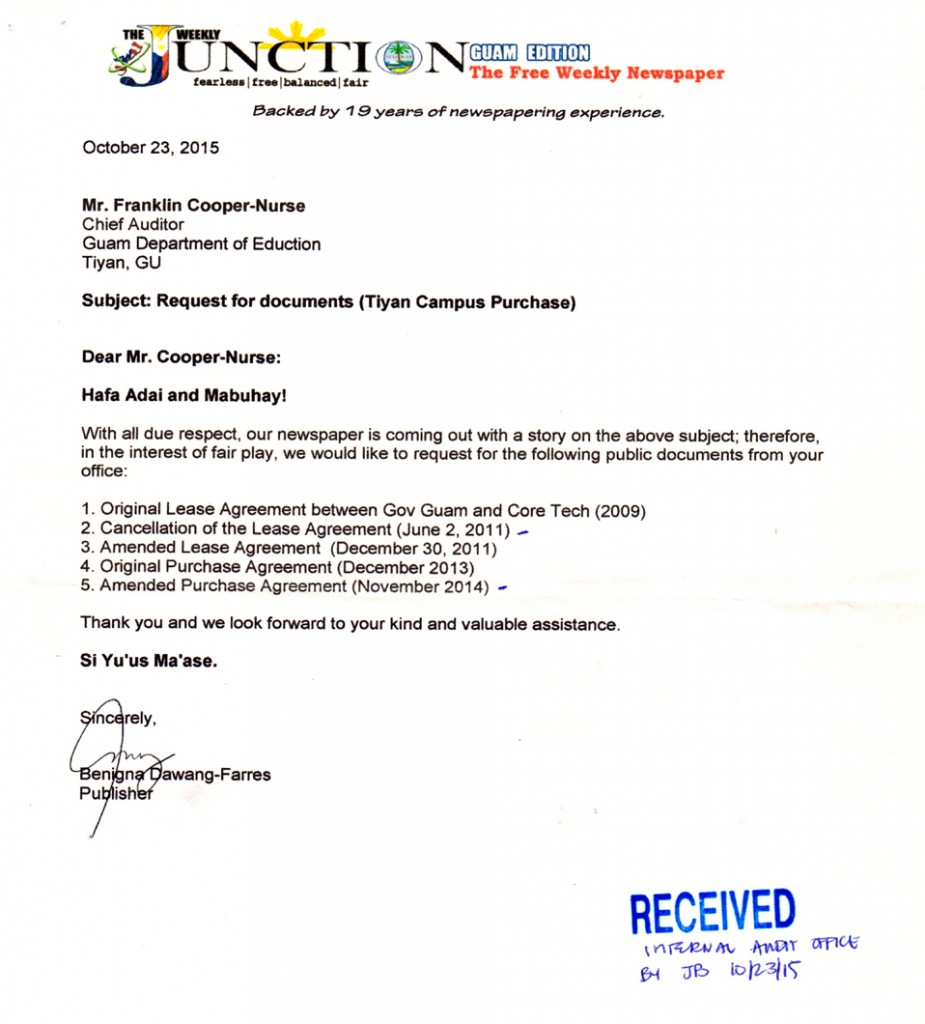 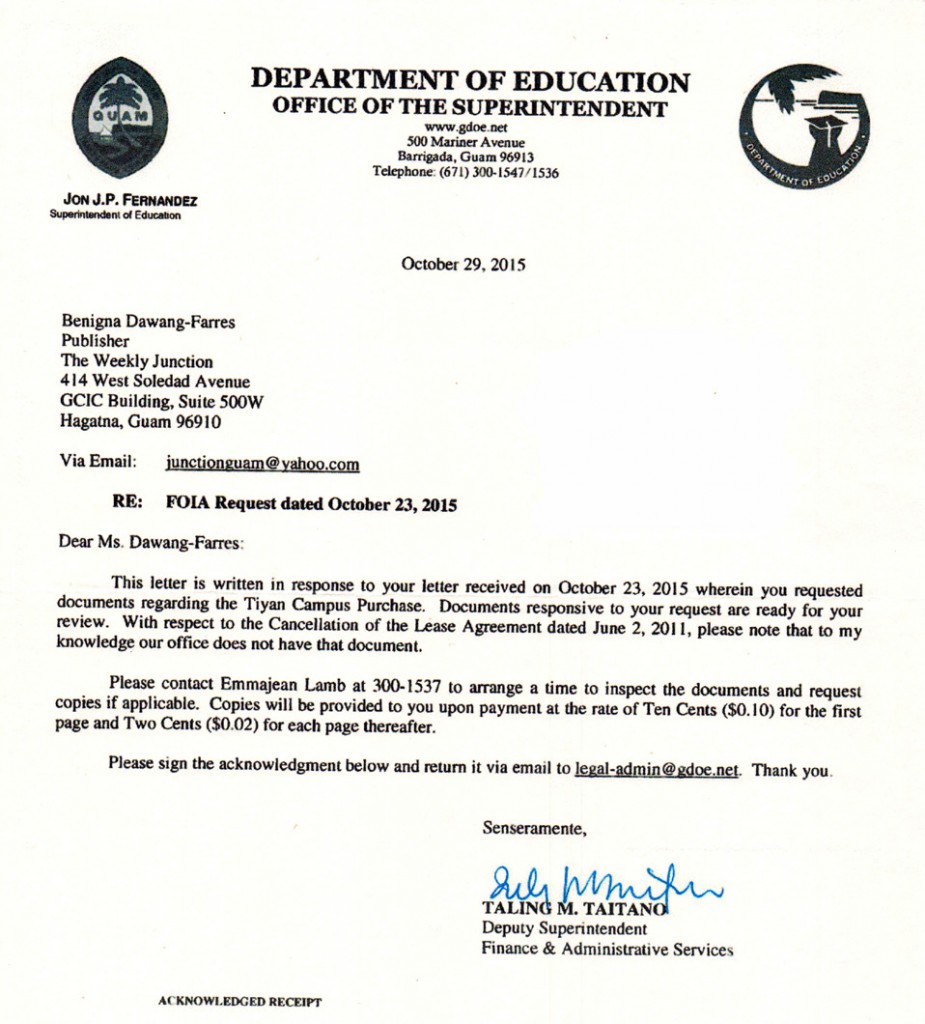 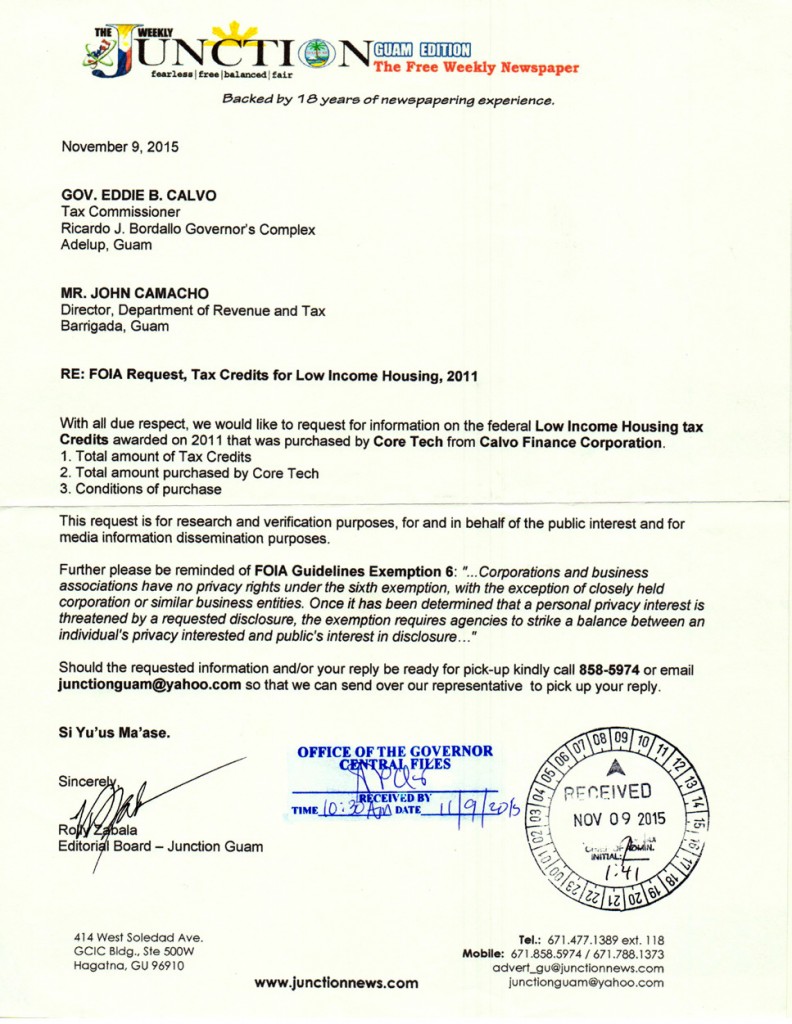 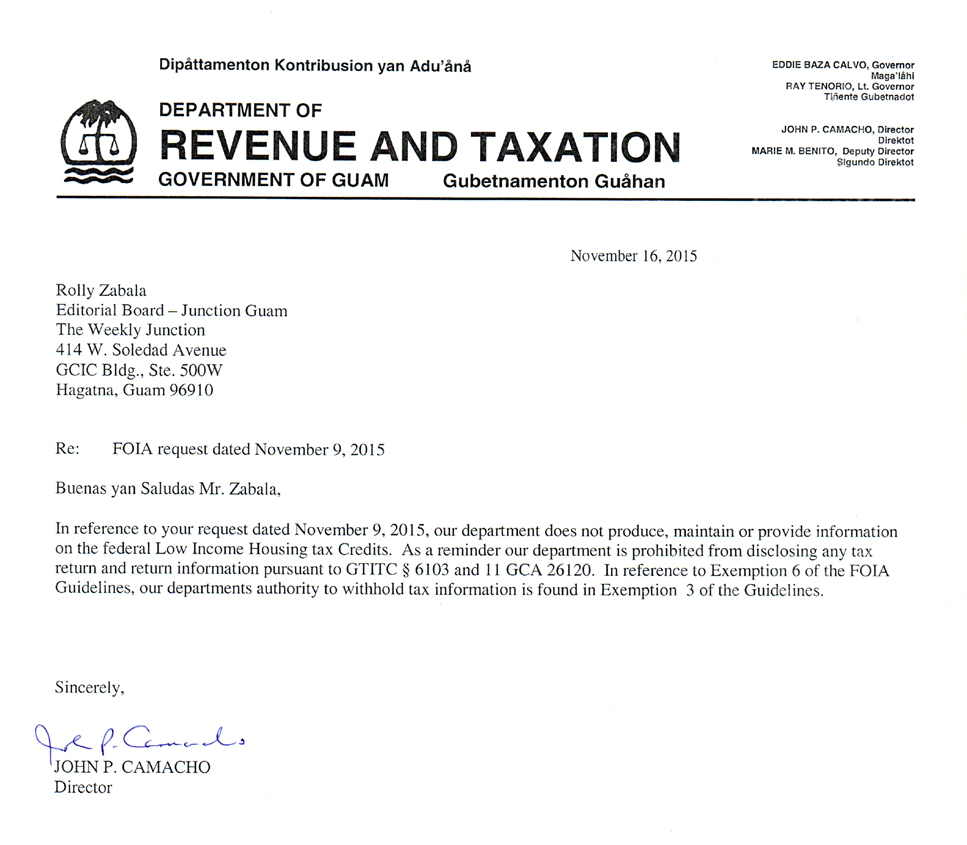