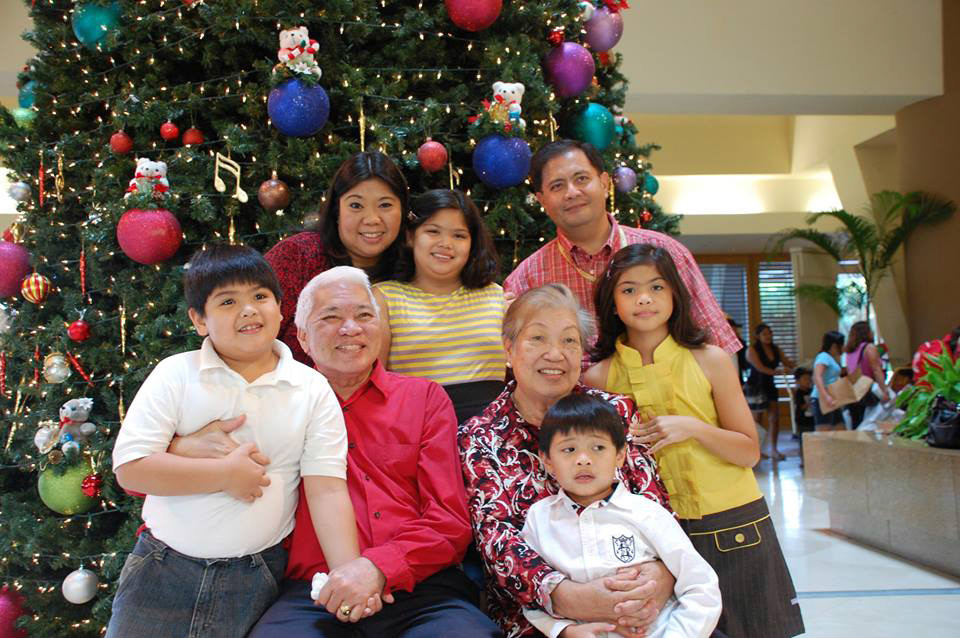 One look at the man even in his recent pictures and you won’t see a typical 84 year-older. He doesn’t seem to dress like a grandpa. I assume he loves to hang out and smiles at family celebrations a lot. I never got the chance to meet the gentleman but I chanced upon him on the time of his early morning nap around 10am when I called and ask for the Interview.

Advised by her daughter, she said to me that I need to speak louder than the usual for his dad to hear me. I nodded to myself and said “okay,” and then hearing a man’s voice on the other line saying “hello.” Finally, we introduced ourselves to each other – his name is Mr. Joe Guevara, Jr.

Joe or Mr. Guevarra, is not your average guy as I may say, and that he came from a very prominent, well-rounded family blood-line that speaks of numbers proficiently. From his Grandfather, Father, him, his siblings and down to his children they are all Bankers. In his own words he call themselves – “kami ay pamilya ng Bankero” (we are family of bankers).

His Filipino Heritage
We started the interview by recalling his childhood. Mr. Guevarra said that he remember his influences of being a successful banker came from his father who was a finance officer of the Guerilla forces.

They were in Panay province in Iloilo that time during the war.

And that time he said his father made sure that his family remains intact even in the times of crisis. In fact, he doesn’t recall of any problem in the family over the course of time even until he turned into a young man himself.

After the war, he was sent to Manila (in Marikina) to prepare himself as a freshman student in college.

Just like any other typical student of Manila, Mr. Guevarra has his own share of experience with the Espana traffic and the knee-high flood along the boulevard as he went through his college education in the University of Sto. Tomas (UST) and took up Banking and Finance. – What else?!

And yes, he played for the varsity team of the Tigers during his younger days.
Mr. Joe Guevara, Jr. finished his college course in UST and went on to pursue his life-long influence and became a real Banker himself in one of the most prestigious banks in the Philippines – Metrobank.

What is admirable in this man is the fire or the passion he has for doing what he does best. He practically works every single day until in 1980, his boss finally talked him to be the Manager of Metrobank’s first Branch on Guam; and he said yes!

He, together with his lovely wife packed their bags and went on their way to a new life in the Island of Guam where they raised their 5 kids of 3 boys and 2 girls; and 3 of those became Bankers too.

It was nothing fancy he said, and just be plain and simple, as Mr. Guevarra went on the years of his marriage, family life, and career with a happy note. It was his traditional Filipino family values that made him who he is right now.

It doesn’t really matter where we are, as long as in our hearts we remain pure of love for our family and the rest of the good things in life will follow.

Today, you will see him around the Filipino communities in Guam actively participating in every organization meetings or events. He spends his typical day at the comfort of his home together with his still-beautiful wife and other members of the family where he gets to see his grandchildren most of the time.

That is who Mr. Joe Guevara, Jr. is. Simple and happy – Always.
Yan ang Galing Pinoy!