Browse: Home / Cebu Pacific all set for its first U.S. flight with cheapest rate of $40

Cebu Pacific all set for its first U.S. flight with cheapest rate of $40

Manila, Philippines – Cebu Pacific will finally soar high for its first U.S. debut flight bound to the Island of Guam on March 16, 2015. On their press release, November 25, the Cebu Pacific Management announced that they are going to have four (4) flights for the route Manila-Guam every week starting March next year.

Following Cebu Pacific’s announcement of their first ever U.S. flight is a USD40 seat-rate on their website – the lowest-rate ever for a one-way route flight from Manila. The promotional seat-rate of USD40 was available until last November 29 or until the last seats were sold with travel period from March 15, 2016 up to November 2016 next year.

CEB President and CEO Lance Gokongwei said, “Having Guam in our network sets us off on another expansion path across the Pacific. With the launch of Guam, we offer fares that are up to 83% lower than other airlines. Fares this low can only mean more tourists to both countries, more Filipinos visiting home, and more opportunities for everyone,” in an email from Ms. Candice Iyog, Vice President – Marketing and Distribution at Cebu Pacific Air.

Early Expansion Plans
Gokongwei already announced in a ceremony as early as September of 2013 that he has allotted a $4 Billion budget in for the expansion of his airline wings to the United States and Europe which includes the Island of Guam.

Cebu Pacific’ expansion program to fly over the U.S. soil started out after the Federal Aviation Authority granted the Gokongwei-owned aviation’s upgrade to Category Class 1 last April 2014, technically clearing the runway for Cebu Pacific’s take-off across the United States.

Known as the sky pride of Cebu, it has also gained clearance access to take its flight to Saipan, Honolulu (Hawaii), San Francisco, Los Angeles and of course Guam after getting the United States Department of Transportation’s nod on their application last 2014.

The Manila-Guam flight plans were already laid down and supposed to commence as early as by the end of 2014 but was halted as Cebu Pacific was required to secure an ETOPS approval or an extended-range twin engine operations for its fleet of A330.

Hours of Operation
Cebu Pacific’s Guam flight will be Tuesdays, Thursdays, Saturdays, and Sundays of the week using its new fleet of A320s.

Tourism Boost
“With Cebu Pacific joining our Guam family, we will see more tourists and investors coming in from different parts of the region,” Guam Governor Eddie Baza Calvo said in Cebu Pacific’s press release. “That will help us meet the goals set in Guam 2020. We invite our Filipino brothers and sisters to visit our beautiful and affordable island for the weekend, for extended vacations, or for business.”

Cebu Pacific’s launching of the lowest seat-rate for Guam-Manila flight will also invite additional tourism to the Philippines, just in time for the summer season where Philippines hosts many festivities in the island provinces. It will also contribute to the increasing numbers of awed-tourist who experienced our powder-like sand beaches and awesome nature-made landscapes.

The Department of Tourism will be kicking off its “Visit the Philippines again 2016” campaign very soon, following a successful run of this year’s drive, just in time for Cebu Pacific’s cheapest seat-rates promotion of the Guam-Manila route.

The Public’s View: The Pinoy Community in Guam
Filipino-Guamanians are delighted when they heard the news that The U.S. Department of Transportation gave permission to another new carrier, Cebu Pacific to launch flights from Manila to Guam and vice versa. Living on Guam for many years now and having to travel back to the Philippines either for vacation or business has been costly for Filipino-Guamanians.

At last, there is now a budget carrier that can readily give them at least 10-40% cheaper fare on a non peak season compared with Philippine Airlines. Besides, competition is always welcome especially for consumers.

There are about 50,000 Filipinos living in the island or at least 26% of the population. Filipinos are in fact the 2nd biggest ethnic group on Guam. The entry of Cebu Pacific will give them wider choices as they are given more affordable rates, thus making it possible to do more frequent vacations.

It will also entice people to visit the island for leisure and increase tourism. A potential in business alliance between Guam and the Philippines is also seen benefitting from this new development.

Cebu Pacific has been aggressively working on expanding their flight portfolio, flying to new destinations and venturing into long-haul flights. Who knows what the next destination would be. It could be the entire U.S. Mainland.

Sizing Up the Competition 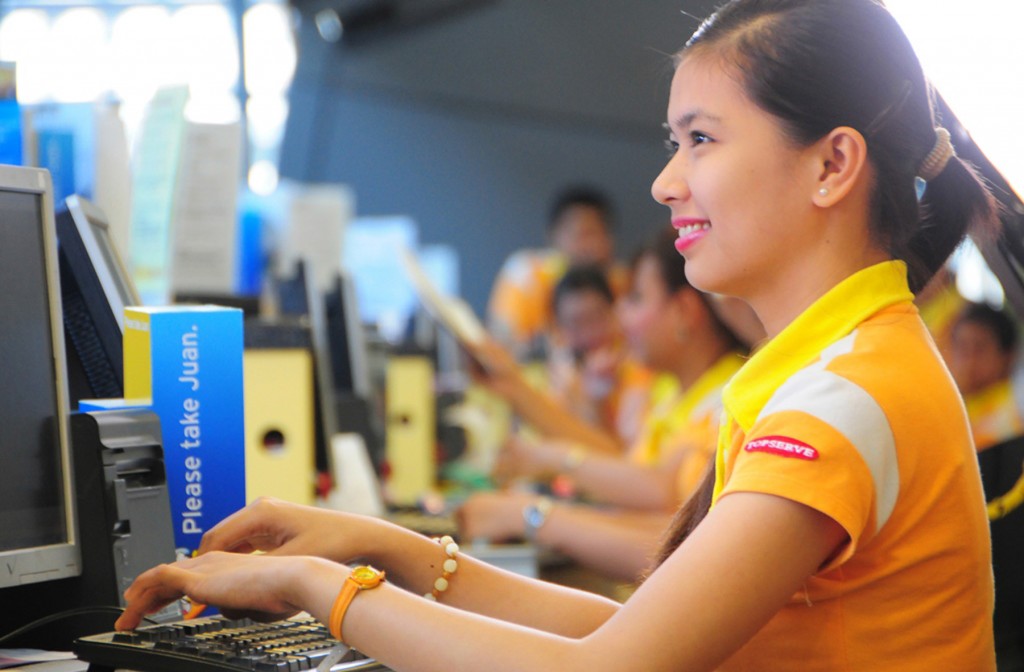 In August of 2014, during Cebu Pacific’s long-haul flight expansions to the U.S., Middle-East and Europe countries, Philippine Airlines or PAL (a Lucio Tan-owned Airlines) responded with extreme aggression by launching their own Dubai and Abu Dhabi flights.

The announcement of PAL was about the same time that Cebu Pacific entered Dubai and confirmed their intent to take the Philippine Airline wings over Dammam and Riyadh ahead of Cebu Pacific according to the earlier reports of Centre for Asia-Pacific Aviation or CAPA.

Despite of the heavy competition, not only for the long-haul market flights but also for being the bearer of the Philippine flag all over the world, CEB is prepared to wither the storm, CAPA said. Speculations is that PAL is more likely to retreat as they are in turmoil over the ownership structure of the (PAL) airlines in the year 2013.

That same year of 2013, Ramon Ang’s San Miguel Corporation or SMC admitted that there were still talks or discussion for divesting from PAL or buying the Lucio Tan Group.

San Miguel Corporation was earlier reported to enter into an investment terms with Trustmark Holdings Corp and Zuma Holdings and Management Corp, giving Ramon Ang’s SMC a 49% share for both PAL and Air Philippines amounting to $500 Million U.S. dollars.

PAL operates a total of 26 weekly flights to the US, with frequencies to Los Angeles, San Francisco, Honolulu and Guam while Cebu Pacific has yet to take every Juan to the United States, but they will very soon.

CEB’s coming into the picture will add 1,440 seats weekly to the current 5,900 available for the Manila and Guam flights. The Gokongwei owned budget airlines is well known for its tag line of “It’s time that every Juan flies” where Juan pertains to every Pinoy worldwide. The airline has also strategized against the pioneering competitors by giving the Pinoy the cheapest rates ever for any domestic and International flights – Always!

The Manila to Guam flight and vice versa one-way promo fare is only $40 USD or equivalent to 2,500 Philippine peso all-in fare of which was not offered by any airline to the Filipino people ever in the history of aviation. Who can top that?!

Regular fares will be priced Php7,197 after the promotional period.

Airbus A320 is widely used around the world, with its distance travel ranging up to 6,480 km. (3,500 nautical miles). It has 156 seats, 2 galleys, and 4 identical large-sized passenger doors for comfort and quicker turn-around used by CEB for their International and Domestic flights.

Airbus A319neo is in between the A320 and A319. A319neo means it is the enhanced version of A319 with neo meaning “New Engine Option.” It has 180 seats, 2 galleys, and 4 identical large-sized passenger doors for comfort and quicker turn-around. This is also used by CEB for their International and Domestic flights.

ATR 72-600 is for short-haul or regional trips that can accommodate 74 passengers in a single-class configuration.

The newly added routes has brought Cebu Pacific’s net to a total of sixty four (64) destinations on 98 routes including flights to Sydney, Doha, Beijing, Tokyo, Bali, and Dubai. /The Junction News Team