Hiatus for the People’s Paper

As earlier announced in our previous editorial, several options are being considered for the continuity of this newspaper. Among the considerations are, whether we come out on a bi-monthly or monthly basis but with a definite increase in circulation. This is after all the essence of a newspaper publication which is to develop the widest […]

This paper is now on its sixth (6th) issue. At the onset, we were telling ourselves that we should get some idea by the fourth (4th) issue on how the community will receive us. Numerous questions had beset us, earlier among which are, how will the community respond to our style of presenting the news […]

Who among us wants evil to triumph?

Among the famous quotes of the playwright, author, philosopher Edmund Burke is “The only thing necessary for the triumph of evil is for good men to do nothing.” Assuming that most of us believe that evil does exist and that it can come in different forms, we now ask you, would graft and corruption be […]

Is the press free, dynamic, and vibrant on Guam?

In common everyday discussions this paper and some its members and staff ha’ve been asked if what is our opinion on whether or not the press (media) if free, dynamic, and vibrant on Guam. Can a simple and humble Guamanian speak his mind and if need be, criticize the powers that be? Often, our answer […]

We all know speed limits are in place for a reason, principally for one’s safety – yours, mine, the general public’s safety. With the not so bad roads in the island and on regular non-rush hours (9 AM to 4 PM), the desire to pump the gas pedal and forget about speed limits is truly […] 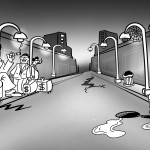 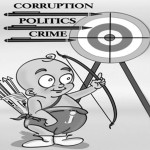 What you can expect from us

Hafa Adai and Mabuhay! With your indulgence our dear readers, from the publisher’s desk, allow me to lay down our cards and give you a heads up on what you can expect from this paper. First off, the management and the guys in the editorial do not entertain any messianic tendencies nor do we have […]