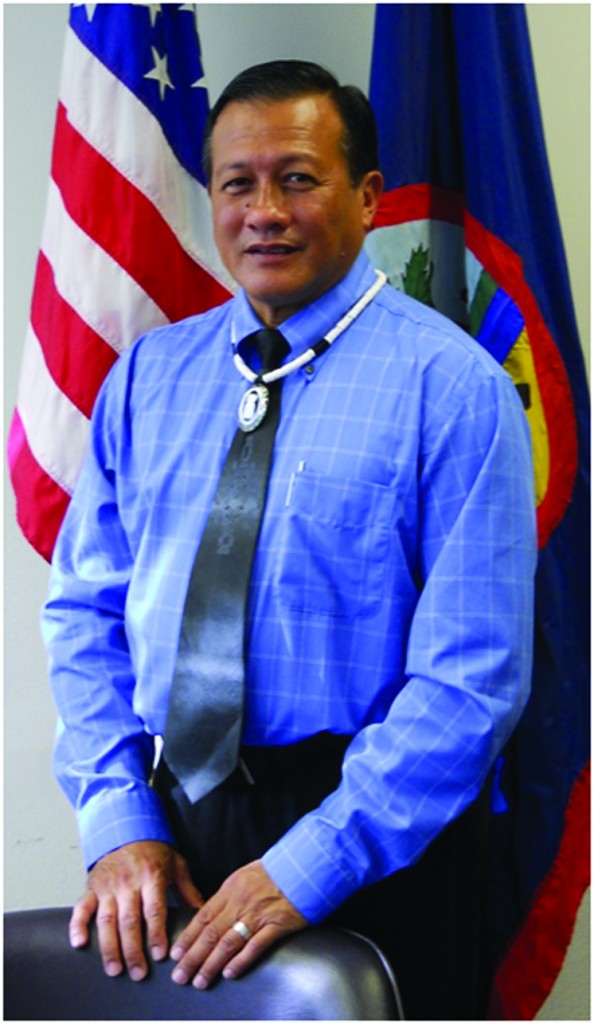 According to one famous Man — “Only a life lived in the service of others is worth living.” This is perhaps what went into the mind of Benito “Ben” Servino when he started dedicating himself in the service of the individuals with disabilities.

Ben has been working with people who are disabled for over 25 years now. He is currently preoccupied serving his term as the Director of the Department of Integrated Services for Individuals with Disabilities or (DISID), a single point of entry entity to advocate, promote, and coordinate the full continuum of services for people with disabilities in Guam.

As Ben was busy serving the people in Guam, he never forgot his responsibilities to his family. They were his major source of inspiration. He loved spending quality time to bond with them especially with his grandchildren Rai Ben and baby Jade, whose crazy antics he tremendously enjoys so much.

A Little More About Ben’s Personal Life
Ben Servino was born and raised in Guam. His late father Tim “Bino” Corporal Servino was a Filipino and a native of Bicol Province in the Philippines while his mother Paquita Santos Servino is a Guam native like him.

According to Benito, his name was given to him by his father named after his grandfather who was from Iriga, Camarines Sur, Philippines. To continue with this tradition, Ben had also named one of his sons after their grandfather Tim.

Ben went to study his secondary education in John F. Kennedy High School where he graduated in 1970 after which he attended the Guam Vocational Training Center and University of Guam. He then decided to go to the mainland to pursue his passion in arts, and soon enough earned his Bachelor’s degree in Graphic Communications at California Polytechnic University or Cal Poly in San Luis Obispo.

Learning never stopped for someone like Ben who is driven by his purpose to serve his country and fellow men. He went on to get another degree, and this time, a Master’s in Rehabilitation Counseling in San Diego State University’s Interwork Institute.

Ben immensely enjoyed his years as a student until the time he graduated. He eventually discovered the beauty in the eyes of Martha Bamba of whom he married and had two sons and two daughters namely Emily, Taison, Tim, and Natally. Ben and Martha found a new home in California where they raised their four children.

Aside from his wife Martha, Ben is also in love with —- Sports! What else? As he finds time to enjoy playing his favorites fitness activities like swimming, playing volleyball, bowling and basketball which kept him always on the groove and sharp in performing his work duties and family responsibilities.

An Advocate And Servant Of Individuals with Disability
In 2011 Ben Servino relocated back to Guam after Governor Eddie Calvo offered him the Directorial Position at DISID, following his retirement from a short stint at the California State University, East Bay in 2010 where he served as the Interim Director for Student Disability Resource Center (SDRC) from 2009.

It has always been in Ben’s agenda to be of service to people with intellectual and developmental disability as he was also a former Coordinator/Counselor for more than 7 years at the State of California, Department of Rehab from April 2002 to July 2009 providing career counseling and job development/placement service to clients of the department.

It was an extraordinary career for Ben to fulfill himself by giving others hope while many people can’t. That is why as the current Director of the DISID, his good office’s objective continues as the future of the individuals with disability remains bright and steady ahead.

DISID Achievements under Ben’s Leadership
The future looks really promising for DISID, having Director Ben Servino at their service. DISID’s foundation came from a collective leadership of different directors since it was established in March 26, 1997; and Ben swore to continuously put DISID up to its reputation that he made true during his current leadership.

Among the recent achievements of DISID under Ben’s watch is making buildings accessible by imposing accessible parking. Ben is so passionate about this that he personally goes around to make sure every building is compliant.

Thanks to the Director’s office of DISID and the other agencies that assisted, without whom these needs of people of disability in the island would not be addressed completely.

We have the choice to see each and everyone of us perfectly the same, in the same way our creator see us whether we are disabled or just normal individuals. Ben did not only make that choice to see our equality, but he chose to feel the need of the disabled to hope and live normally. This is Ben Servino’s legacy to his fellowmen, where his life is worth living in the service of others.

Posted in Know your Public Servant | Leave a response

Comments are closed, but trackbacks and pingbacks are open.